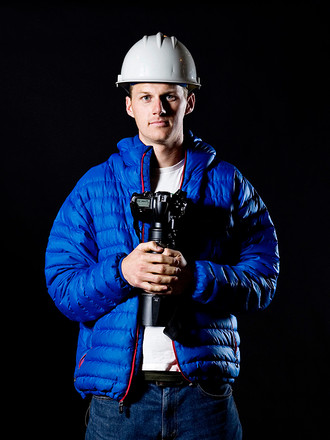 Native Californian, Karl Nielsen graduated with a Bachelor of Fine Arts degree with an emphasis in photography from the University of California, Santa Barbara in 2007. While at UCSB he worked for the UCSB Daily Nexus, local magazines and completed photo essays for his degree. Karl has worked around the world including the South Pole and Alaska, but is based in the Berkeley CA and primarily works in the Greater Bay Area for commercial and editorial clients. He routinely covers a variety of subjects for an equally diverse client base. He works both in his studio and on location shooting both still photography and video.

He prides himself on not losing a single client since 2007 and has grown his business mostly through word of mouth and reputation. His work has been featured in Communication Arts, Wired Magazine and the SF Chronicle. His clients include BASF, TYLin, Sony Play Station, BBH, Metropolitan Transportation Commission, UC Berkeley and more.

Outside of being a photographer, Karl dedicates considerable time to coaching the Berkeley High School Mountain bike team, building furniture in his wood shop and occasionally getting out to surf and rock climb when possible.